Home / Celebrity News / I won’t do it for free, pay me or forget it – Shatta Wale on coronavirus ambassador appointment

I won’t do it for free, pay me or forget it – Shatta Wale on coronavirus ambassador appointment

in Celebrity News Comments Off on I won’t do it for free, pay me or forget it – Shatta Wale on coronavirus ambassador appointment

Even before the government contacts Shatta Wale to be one of the ambassadors to educate the populace about Coronavirus, the dancehall artiste has served a notice he will not avail himself for the task if there will not be any financial gratification.

Although he acknowledges the threat the disease poses as well as the pragmatic steps needed to combat it, the musician, who has carved a niche for himself as one of the most influential celebrities says he will turn down the appointment if it comes with no package.

In an interview with 3FM’s MzGee, he said: “They’re working and they’re getting paid… They’re charging us with taxes here and there and we understand. Our royalties are not getting to us so we’re not even making that kind of money that we have to make; so if the government wants to engage me, Stonebwoy, Sarkodie or any other, they should know that there is something that needs to be done. It’s a tradition.

“We can’t come out and say we’re going to do it for free. I’m not part of their political party. It’s best for them to put a package down. Doing it for free will be very hard for someone like me.”

At a recent press conference in Accra, information minister Kojo Oppong Nkrumah announced the government’s intention to engage celebrities in the fight against coronavirus.

According to the minister, government, as part of efforts to educate the public about the pandemic will appoint some celebrities as ambassadors.

Amidst claims those who will be appointed will be paid for the services they’ll render, Mr. Oppong Nkrumah said there was no such intention.

Meanwhile, minister of tourism, arts, and culture Barbara Oteng Gyasi has said celebrities should not be thinking about whether or not they will be paid for helping to intensify education on the pandemic especially when the fight requires an ‘all hands on deck’ approach.

“We know there are a lot of VVIP personalities who are willing to do it for free. The way the virus is transmitted, if we’re not careful and the country becomes overwhelmed, we’re all going to suffer. This is a national issue, it’s a time for us all to be patriotic.

“If we can do this for our country to get the message out there so that we can come out of it as soon as possible, then you are also able to ply your trade and generate some income…” she told MzGee.

Globally, more than 13,000 people have now died from the pandemic. An estimated 92,000 of the 304,500 people who contracted the disease globally have recovered.

In Ghana, 24 cases have been confirmed and there are fears the number will rise. As part of efforts to prevent escalation, a ban has been placed on public gatherings for 4 weeks, schools have been asked to shut down, borders have been closed to human traffic among others.

Most Twi Rappers Don’t make sense with their Lyrics – Magnom

Archipalago set to release a song to diss Shatta Wale 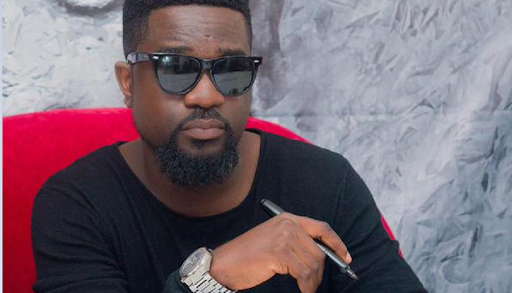 Following the release of Sarkodie’s latest song Sub Zero, some people including ...